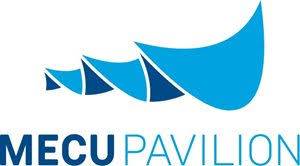 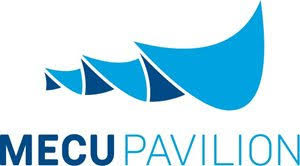 Downtown Baltimore’s MECU Pavilion (formerly Pier Six Pavilion) is one of the best concert venues in the area. With terrific acoustics, a covered pavilion and grassy lawn, and a gorgeous view of the water, it makes for a great concert experience.

This June, the lineup is especially hot for fans of music from the 1970s. Top acts YES, Asia and Chicago all come to Baltimore this month, sharing their biggest hits with fans all over the region. 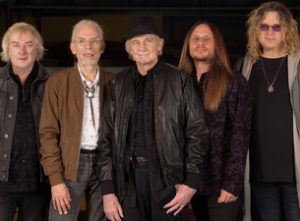 On Saturday, June 22, YES performs at MECU, along with Asia, as part of The Royal Affair Tour. The band, which was founded in London in 1968, is known as one of the pioneers of progressive rock.

Though they’ve disbanded and gotten back together over the past five decades, and the band membership has evolved, YES has had the same lineup since June 2015: guitarist Steve Howe, drummer Alan White, keyboardist Geoff Downes, singer Jon Davison, and bassist Billy Sherwood. While none of the current crew were founding members of the band, several have been with the band for many years. Howe first joined YES in 1970, White came on board in 1972 and Downes first got involved in 1980. Sherwood and Davison are newer additions.

YES was inducted into the Rock & Roll Hall of Fame in 2017 and over the course of their time together, the band has released 21 studio albums and 18 live albums.

YES’s best-selling album was 90125, which was released in 1983 and included the single, “Owner of a Lonely Heart,” which is still a radio staple today. 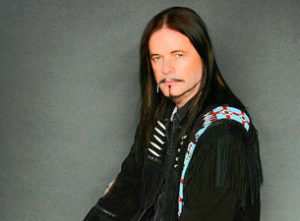 Like YES, Asia is a progressive rock band hailing from London, though it is a younger act: Asia was formed in 1981 as something of a supergroup including John Wetton of King Crimson (vocals and bass), YES’s own Steve Howe (guitar) and Geoff Downes (keyboard) and Carl Palmer of Emerson, Lake & Palmer (drummer).

The band’s most successful album was also its first: the self-titled Asia which was released in 1982. The album was number one on the Billboard chart for nine weeks and included the still-popular single “Heat of the Moment.”

In the years since Asia has released 12 more studio albums. 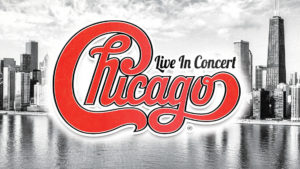 Chicago will roll into Baltimore on Wednesday, June 26 for a show starting at 8 p.m.

The band, which was formed – unsurprisingly – in Chicago, in 1967, was originally called “The Chicago Transit Authority. The self-proclaimed “rock and roll band with horns” has, in the 50+ years since its founding, received loads of awards, including Grammy nominations for Best New Artist (1969), Album of the Year (1971, 1974, 1986) and Record of the Year (1977, 1983). In 2014, Chicago was inducted into the Grammy Hall of Fame. Since its founding, Chicago has released 24 studio albums. They have sold more than 100 million records and are one of the best-selling groups in the world.

The band is a big one, with 11 current members, though not all of them tour. Of the current members, four were founding members of the band: Robert Lamm, Lee Loughnane, James Pankow, and Walter Parazaider.

Other original band members include Terry Kath and Danny Seraphine; Peter Cetera joined the band a few months after its founding.

Chicago was a hit right away and its success persists today; the band’s songs are likely recognizable to anyone with a radio or television. They’ve been featured in numerous TV shows, movies, and commercials, including South Park, Sex and the City, King of the Hill and Deadpool. They were inducted into the Rock and Roll Hall of Fame in 2016.

Some of the band’s most famous and recognizable hits include: “Saturday in the Park,” “You’re the Inspiration,” and the Karate Kid Part II theme song, “Glory of Love.”

Where to Park for MECU Pavilion Shows

When heading to a show at MECU Pavilion – or any of the downtown Baltimore concert venues – figuring out parking is a key part of planning a successful trip.

Located at 55 Market Place in downtown Baltimore, Harbor Park Garage is a short walk to MECU Pavilion (and fun bars and restaurants for post-show drinks or snacks). Harbor Park is MECU’s official parking partner, so when you see a show at MECU, you can receive a discount on parking at the garage.

Harbor Park is easy to get to from I-83 and other routes in and out of the city. The garage is also safe, well-lit and staffed 24/7 with a friendly and knowledgeable crew who are happy to answer questions and help send you on your way anywhere in the downtown area.