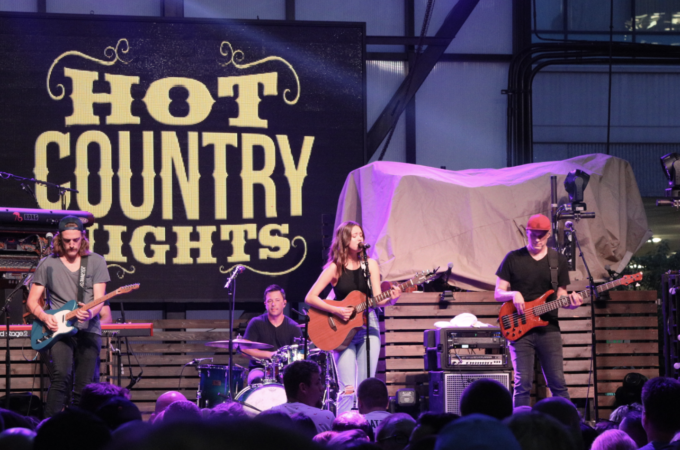 The popular concert series takes place one Friday night a month at Power Plant Live! The series kicked off in early June and continues on June 28 with a show featuring Chase Rice, the guy behind the hit single “Eyes on You,” and opening act Brandon Ratcliff. 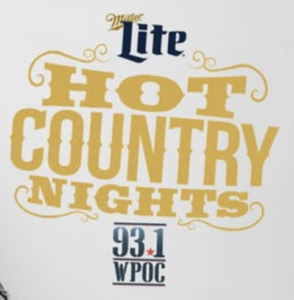 The show takes place, rain or shine, outside at Power Plant Live! Doors open at 6 p.m., Brandon Ratcliff goes on stage at 8 p.m. and Chase Rice takes over around 9:30 p.m.

Attendees must be 21 or older. Ticket options include $20 general admission seats and $80 seats on the Miller Lite Party Deck, which includes all you can drink premium beer, cocktails and wine (with some exceptions) from 8 p.m. to 11 p.m.

You can also pick up a post-party package ticket for $20, good for four drink, vouchers you can redeem between 11 p.m. ad 1 a.m. at Luckies Liquors, Luckies Tavern, Angel’s Rock Bar and Leinie’s Lodge & Beer Garden.

All ticket prices are before tax and fees.

Who Is Chase Rice?

If you’ve listened to country radio anytime over the past few months, chances are, you’ve heard Chase Rice sing. His most recent single, “Eyes on You,” hit number one on the country airplay chart in early May and it continues to be successful.

Rice is not quite 34 years old but he already has an exciting life story. Born in Florida and raised on a farm in Asheville, NC, he was a football star at University of North Carolina – Chapel Hill. His football career ended after college, as the result of an injury, but even though is NFL hopes didn’t come to fruition, he landed on his feet.

Just after college, Rice headed into the pit – the pit crew, that is. As part of the Hendrick Motorsports pit crew, he was the rear tire carrier for Ryan Newman’s Nationwide Series car and worked on Jimmie Johnson’s Sprint Cup Series car. He won two championships with the Lowe’s team.

But that’s just one part of his story. In 2012, he appeared on Survivor: Nicaragua, where he made it to the final three contestants, but ultimately did not win enough votes to take home the show’s $1 million prize.

His career as a country musician began in college and his first studio album was released in April 2010. Behind the scenes, he started having some serious success in 2012, when he signed with Creative Artists Agency and co-wrote the Florida Georgia Line crossover hit “Cruise.”

Since that time, Rice has released two more studio albums, has toured with Kenny Chesney, and has headlined several of his own tours.

“Eyes on You,” which stayed at the top of the chart for two weeks, was his first number one hit.

The Hot Country Nights series continues throughout the summer with shows on Friday, July 19, Friday, August 2 and Friday September 13. In July, Walker Hayes will appear with Ryan Hurd. In August, the show features Justin Moore and in September, Cody Johnson will perform.

A great concert experience starts with a good parking spot and when heading to Power Plant Live!, the most convenient place for parking is Harbor Park Garage.

Located at 55 Market Place in downtown Baltimore, the garage is right next door to the venue. It’s easy to get to from I-83 and other routes in and out of the city and is the quickest of walks to the concert and to bars and restaurants in the area.

Plus, the garage is safe and well-lit and the friendly,  knowledgeable staff is there 24/7 to answer questions about where to go and what to do in downtown Baltimore- and how to get there.