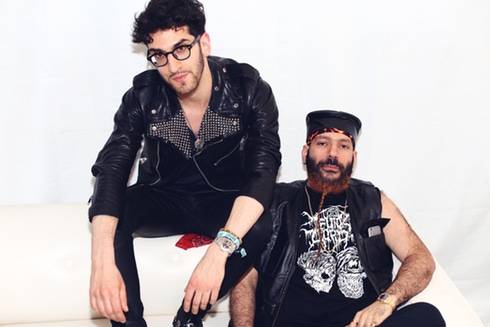 Fans of electro-funk music will converge on downtown Baltimore on September 25, when Canadian music duo Chromeo hit town for a one-night show 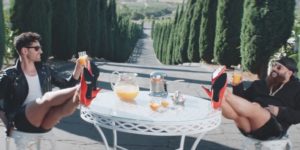 Chromeo – the duo made up by David (“Dave 1”) Macklovitch and Patrick (P-Thugg) Gemayel – is on tour celebrating its new album, Head over Heels, which was released last June.

Dave 1 and P-Thugg met in their teens, while living in Montreal in the mid-‘90s. They started making music together when they were 15, in a band together. At about 18, they began producing hip hop, then started creating their own stuff, eventually getting signed by the label Turbo.

Their vibe is considered “neo-disco” and has been compared to ‘80s bands like Hall & Oates and Klymaxx. 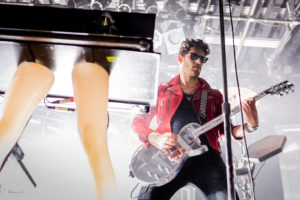 Chromeo released a debut album, She’s in Control, in 2004. Despite good reviews and one big club hit, “Needy Girl,” the album’s performance was lukewarm. But the pair persisted, continuing to release new songs.

In 2007, Chromeo toured the UK with Bloc Party, then released a second album. In 2008, Chromeo appeared on Daryl Hall’s (of Hall & Oates’ fame) album Live from Daryl’s House and in 2010,they performed at the Bonnaroo Music & Arts Festival in Tennessee.

Over the next few years, Chromeo released several additional albums, teamed up with Nokia on a song release, collaborated with Vampire Weekend, and performed at the 2014 Coachella Valley Music and Arts Festival. They’ve won or been in the running for multiple awards, including a 2011 Juno Award for Dance Recording of the Year and a 2011 MTV Video Music Award for Best Special Effects in the video for “Don’t Turn the Lights On.” 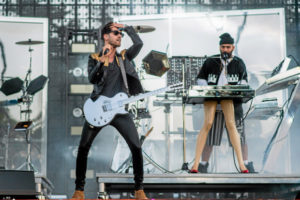 Dave 1 and P-Thugg both have compelling personal stories outside of their musical collaborations.

P-Thugg is a native of Lebanon; he moved to Canada at 8 years old. In the band, plays keyboards and synthesizers, bass guitar and talk box.

Dave 1, who performs on guitar and is the lead vocalist, is also a Ph.D. candidate in French literature at Columbia University in New York and is a lecturer in French at Barnard College.

Ram’s Head Live’s Power Plant Live! location makes it easy to make the most of your concert experience. With tons of bars and restaurants in close 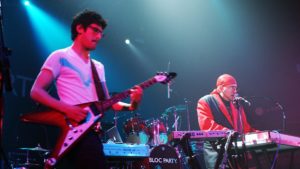 proximity to the club, you can grab a drink and food before or after the show.

When you’re making plans, don’t forget to figure out where to park. With it’s convenient location at 55 Market Place in downtown Baltimore, adjacent to Power Plant Live!, Harbor Park Garage is the best place to begin and end the night.

The garage is easily accessible from I-83 and other roads in and out of the city. Plus, the staff is friendly, knowledgeable and on-site 24/7, and the garage is reasonably priced, well-lit and secure.