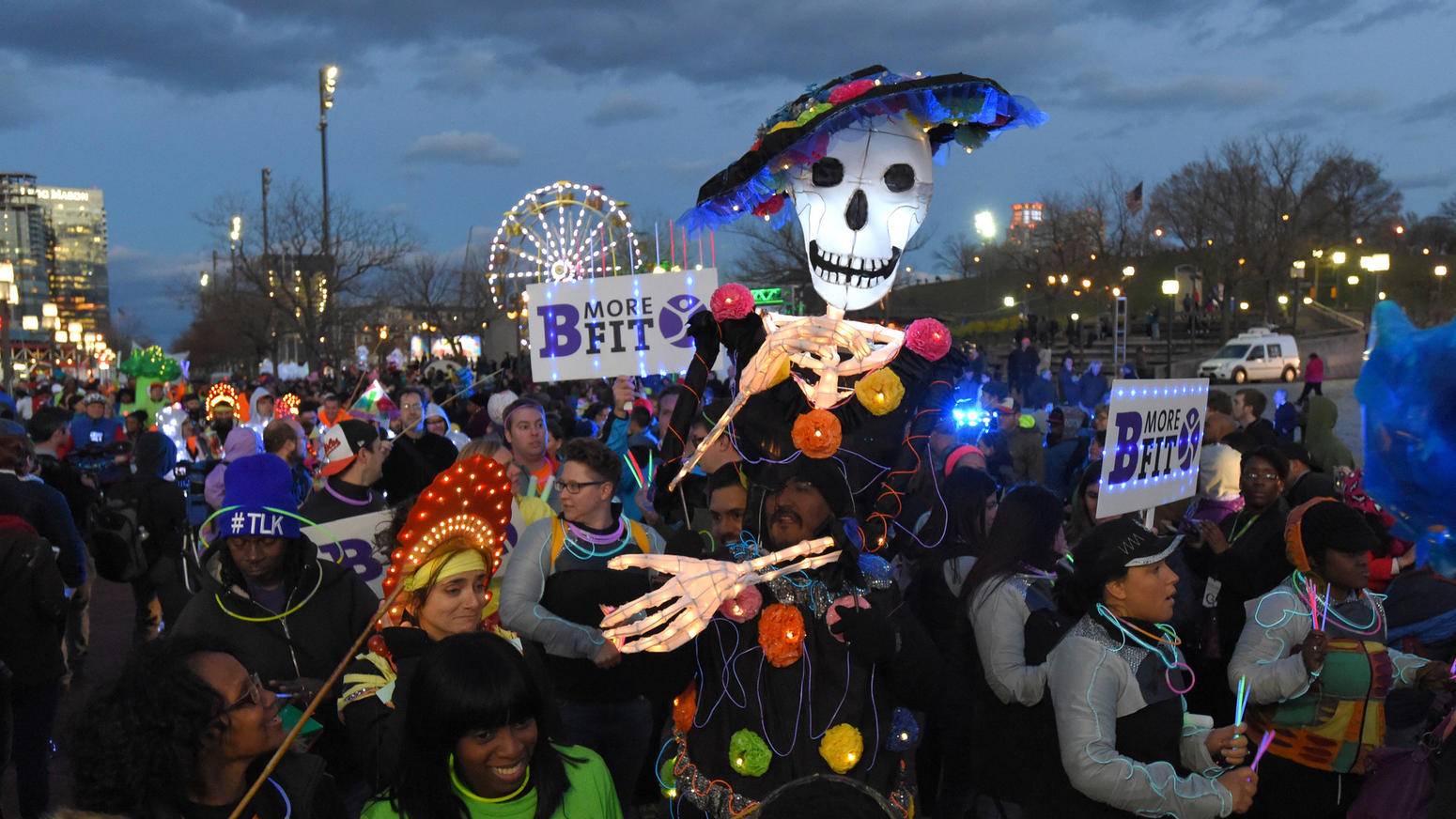 Have you heard about Light City? Well if you haven’t. it’s a Baltimore-based event in the vein of Austin’s SXSW Conference – a hybrid event including art installations, music and arts performances and speaking sessions and panels focused on topics around innovation.

Light City 2016 was the first event of its kind in the area; it was a smashing success, drawing about 400,000 visitors to downtown Baltimore. This year’s event, which takes place from March 31 to 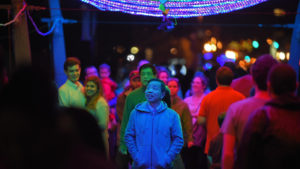 April 8, is expected to be just as popular.

But art and innovation aren’t the only reasons to head to Light City: there will also be a serious focus on food.

Food and drink stations will be located along the Inner Harbor, scattered throughout the 1.5-mile BGE Light Art Walk. The walk will also feature 23 different light installations, 21 of which are new this year. 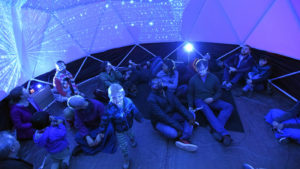 At the Visitor Center, a dessert-themed station will dish up sweets, plus coffee from Hamilton-based Zeke’s. At Pier 1, a handful of local stars – Dooby’s, Ekiben, The Local Fry, Pinch Dumplings and Ejji Ramen – will serve up some of the flavors that have made them regionally famous.

Pier 5 will belong to barbecue from Smokin’ Joe’s and, appropriately, the National Aquarium will be the place to find seafood from Faidley’s (as well as Mexican from El Taco Loco).

More Mexican options will be available at the Inner Harbor Ampitheater, thanks to El Tenedor de Nacho. You’ll find doughnuts there, too, from the Pikesville makers of sweet stuff, Deddles.

Farm to Face and Slate Farm Brewery will be located at West Shore Park and Little Italy Sausage and BricknFire Pizza Co. will be at the Kaufman Pavilion. 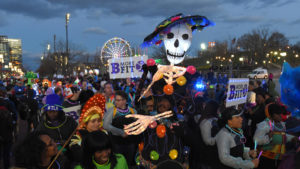 At Pier 6 and at each station, except the Inner Harbor Ampitheater, a Light City beverage bar will offer beers from a trio of local brewers: Heavy Seas Beer, The Brewer’s Art and Union Craft Brewing. The bars will also offer wine and an official Light City cocktail – the brainchild of B&O American Brasserie bartender Eric Fooy, who, earlier this year won a mixology contest to create the showcased drink.

In addition to the food and drinks available throughout the event, several individual activities will also have a fun food focus.

April 1 and 2, The Emporiyum, the weekend-long food market + festival, will take place in the former Best Buy space at 600 East Pratt Street. The Emporiyum, now making its fourth appearance in Baltimore, features more than 100 food makers and purveyors from all over the region and beyond; the goods on display include some of the newest and best food options around. 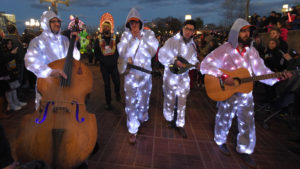 On Thursday, April 6, Downtown Partnership of Baltimore will host LIT CITY in “The Light Tunnel” – the vibrantly lit tunnel under the Orleans Street Viaduct. LIT CITY is primarily a DJ-lead dance party, but the event also includes an open bar and food from some of the city’s hottest spots, including Cask & Grain, The Elephant, Phillips Seafood and Cava Mezze.

Food will also be in the spotlight in Light City Labs, the innovation sessions that take place during the 10-day event. FoodLab@LightCity, which takes place on Saturday, April 8, will include a panel of local and international food superstars, including Woodberry Kitchen’s Spike Gjerde and celebrity chef Marcus Samuelsson.

Whether you’re nibbling your way along the Light Art Walk, preparing to get down at LIT CITY, scoping out great eats at The Emporiyum or settling in 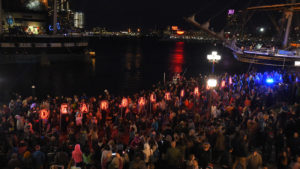 for a serious discussion of the future of food at FoodLab@LightCity, you’ll need to start your foodie adventure with a good parking spot.

Harbor Park Garage, located at 55 Market Place in downtown Baltimore, is a convenient and centrally located home base for Light City activities. Plus, during the festival, the garage is offering a $15 all-day parking ticket (to take advantage of the offer, visit the office on Level 2 of the garage for a discount validation ticket).