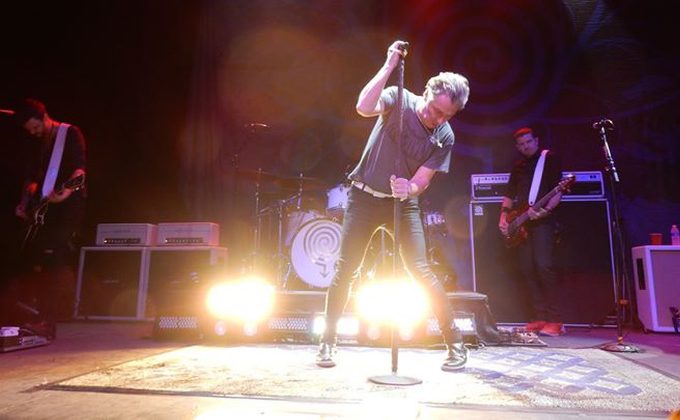 The sound of the ‘90s crashes into Baltimore later this month when a trio of successful, grungy acts come to Pier Six Pavilion. Our Lady Peace, Tonic 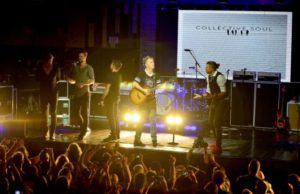 and headliners Collective Soul will perform at the waterside venue on Wednesday, June 28.

All three acts will arrive in Baltimore with serious pedigrees – and lots of hits – under their belts.

Last year, Tonic, a band out of Los Angeles, recently celebrated the twentieth anniversary its debut album, Lemon Parade, which was released in 1996. The album was most known for the single “If You Could Only See,” a tune that still gets plenty of radio play.

The next twenty years for Tonic included the release of three more albums, some solo work from the members and a hiatus from 2004-2008. The band has been back together in its current iteration, which includes founding members Emerson Hart and Jeff Russo, plus bass player Dan Lavery, since 2008. 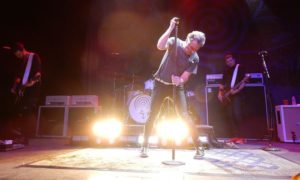 Our Lady Peace (aka OLP) is a little older than Tonic, having formed in Toronto in 1992. Together, the band has released nine albums and spent countless hours on stage all over the world. The band’s lineup is slightly different from the early days: in 2014, drummer Jeremy Taggart left the band. Jason Pierce, formerly of Paramore, joined lead singer Raine Maida, bass player Duncan Coutts and lead guitar Steve Mazur to round out the crew.

The tour’s headliners, Collective Soul, have been successful since their earliest days, just after they were founded in Atlanta in 1992. Even before starting the band, the lead singer, Ed Roland, was a working musician: he has a degree from Berklee College of Music in Boston and was a key player in the Atlanta music scene starting in the mid-‘80s. 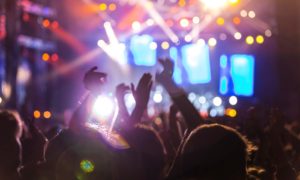 Since the mid-‘90s, Collective Soul has continued to release albums and has contributed to soundtracks, including a single on the Twilight soundtrack. The band has also weathered some drama, including an early split with their manager that lead to a lawsuit.

In 2004, the band created its own independent label, so they could self-produce, and they continued to release music. 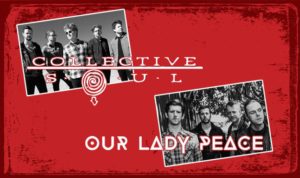 The band has always been a quintet, though the members have changed over the years. Founder Ed Roland, his brother, rhythm guitarist Dean Roland, and bassist Will Turpin have been involved since the earliest days of Collective Soul. Drummer Johnny Rabb joined in 2012 and lead guitarist Jesse Triplett came on board in 2014.

In addition to touring, the band is working on a tenth studio album, which will likely be released next spring.

If you’re heading to Collective Soul, to any Pier Six show this summer, or to the Pier Six area in general, Harbor Park Garage is a great bet for parking. Located at 55 Market Place in downtown Baltimore, Harbor Park is convenient to Pier Six, plus lots of restaurants and bars for pre- and post-show drinks and eats. If you have questions about the area, or how to get where you’re going, the knowledgeable, friendly staff is ready to point you in the right direction, so you can get to the show with time to spare. To prepay for your inner harbor parking, simply click on the Prepay For Parking buttons you see across the site or follow this link – https://goo.gl/mDibI9.