Founded in the mid-18th century and named for William Fell, an Englishman who founded a ship-building company within its borders, Fells Point has a long and storied history as one 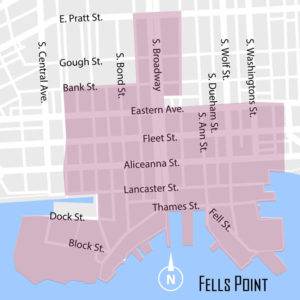 of Baltimore’s wildest, most charming neighborhoods.

Today, the cobblestone streets of Fells lead to over 100 pubs, tons of locally-owned shops and some excellent restaurants – plus a ton of historic Baltimore charm. Let us give you all a local low-down on what do in this time machine that is Fells Point.

Fells Point has long been known as a stop for some of the world’s wildest seafarers. The neighborhood celebrates that raucous history with an annual privateer festival, held each spring, and its very own pirate ship. Take a cruise on the Urban Pirates ship and learn to talk, dance and go wild like a pirate. There are family-friendly cruises available, as well as a livelier “bring your own grog” version. 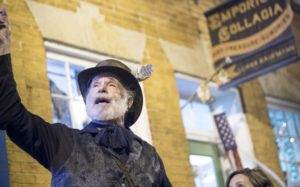 The history of Fells Point is both seedy and entertaining and this walking tour captures both. Celebrating the scandalous side of the neighborhood, the tour includes tales of sailors and “ladies of the night” as well as stories about some of the town’s more famous (and possibly upstanding) residents, like Edgar Allen Poe and Billie Holiday. There’s are family-friendly versions of the tour, too, as well as a pub version, for those who like a side of suds with their history.

Built on the site of a former shipyard, the museum is a 5,000 square foot space featuring interactive exhibits and historic artifacts that tell the story of African American maritime history and the lives of abolitionist and freed slave Frederick Douglass (who worked on the Baltimore docks) and Isaac Myers, a free born African American who was a leader in local business and in the labor movement. 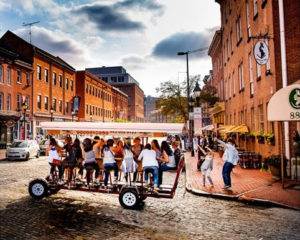 Fells Point is known for its bar scene, and rightly so. From music to mussels to – of course – beer, the neighborhood’s pubs have something for everyone. For music, hit Cat’s Eye Pub, which features some of the best live acts around in its small front room. History buffs shouldn’t miss The Horse You Came in On, where Edgar Allen Poe is rumored to have had the last drink before he died, and beer aficionados won’t want to skip Max’s, which has 102 taps and over 1,000 bottled beers on the menu.

If walking between the bars is too much trouble, sign up for a Charm City Pedal Mill tour of the neighborhood. The 15-person bicycle operates under the power of your own legs, but the tour isn’t all work. The tour stops at several bars around the neighborhood, and pedalers can down drinks at each spot. 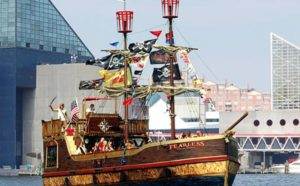 The shopping in Fells Point is as funky as the people. Stroll up and down the main drag and you’ll find fun shops selling everything from clothing to toys to records (yes, real vinyl records). Most of the shops in Fells Point are locally owned, with stock as unique as their proprietors.

Broadway Market might not be the largest of Baltimore’s storied covered markets, but it is the oldest; its building was erected in 1786. Today, after centuries of changes, it is comprised of 12,000 square feet and houses a terrific combination of vendors, from delis to Sophia’s Place, which sells some of the city’s best Polish fare. 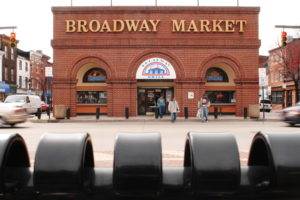 Where To Park in Baltimore’s Little Italy?

The cobblestone streets of Fells Point are narrow and crowded; parking is often a challenge. For convenient parking that’s just a short walk (or water taxi ride) away, park at Harbor Park Garage (55 Market Place).

Plan ahead by using Parking Panda, ParkWhiz or SP+ to prepay for your spot at Harbor Park and you will be ahead of the game before you even get on the road. To prepay for your fells point parking, simply click on the Prepay For Parking buttons you see across the site or follow this link – https://goo.gl/mDibI9. Enjoy your trip, park safe and soak in the Inner Harbor East vibe!