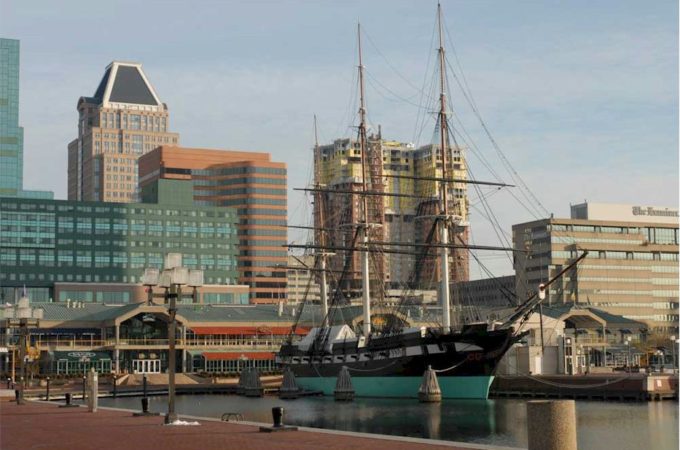 July is an outstanding month for music lovers in Baltimore. Whether you’re into jam bands, rock (classic or otherwise), or funky rap, over the next few weeks, there’s a show for you in town.

With MECU Pavilion shows in full swing for the summer season and smaller venues like Ram’s Head Live still going strong, it’s a great time to head downtown for a concert. Here are a few big ones coming up: 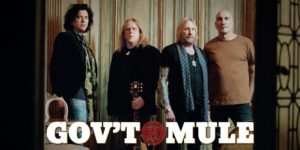 Since its inception in the mid-1990s, Gov’t Mule has been a favorite show for fans of jam bands + southern rock. The band was founded by Allman Brothers Band guitarist Warren Haynes and bassist Allen Woody, along with Matt Abts, the drummer from Dickey Bett’s band. They released a self-titled debut album in 1995 and have been going strong ever since, hitting music festivals and teaming up with other musicians, including everyone from the Red Hot Chili Peppers’ Flea to the Black Crowes.

Gov’t Mule has released 22 albums, including 2017’s Revolution Come…Revolution Go. They are known as much for their covers of classic acts, including the Rolling Stones and Led Zeppelin.

Godsmack at MECU Pavilion on July 14

Godsmack paid their dues by playing bars and other small venues around Boston and, shortly after its founding, had some lineup changes, when the original guitarist and drummer left the group. Today, the lineup includes Erna and Merrill, plus lead guitarist Tony Rombola, who joined in 1996, and drummer Shannon Larkin, who came on board in 2002.

By 1999, the band had risen to national prominence. They performed at Ozzfest and Woodstock ’99 and then opened for Black Sabbath on a European tour. They have released seven studio albums, have been nominated for four Grammy Awards and won Rock Artist of the Year at the Billboard Awards in 2001.

Their most recent album, When Legends Rise, was released in 2018. 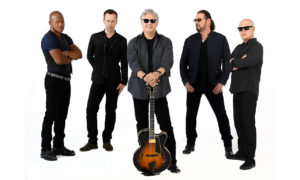 Steve Miller Band is a classic rock radio staple and 2016 Rock and Roll Hall of Fame inductee, best known for hits like “The Joker,” “Take the Money and Run” and “Jet Airliner.”

The band, which was founded in San Francisco in 1966, is still helmed by guitarist and lead vocalist Steve Miller. Today, other members include guitarist/bassist Kenny Lee Lewis, drummer Gordy Knodtson, keyboardist Joseph Wooten and guitarist Jacob Peterson. Over the 50+ years the band has been recording and touring, though, it has included dozens of different members, including the legendary guitarist Boz Scaggs.

Over the years, SMB has had tons of hits and played with a wide variety of acts. This summer, they’re touring with country music legend Marty Stuart, a character known for his mix of country, rockabilly and honkytonk.

Stuart started performing in 1970, as a 12-year old, and never stopped. As a 14-year old, he appeared, with his band, on an episode of Hee Haw; in 1985, he appeared on a Johnny Cash album (at the time, Cash was Stuart’s father-in-law); and in 1991-92, he toured with Travis Tritt. Since 1997, he has been married to country singer Connie Smith, and he continues to tour and record.

He has won numerous awards for his music, including four Grammy Awards and one CMA award. He also received the AMA Lifetime Achievement Award for Performing in 2005. 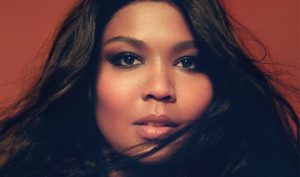 Compared to other acts performing in Baltimore this July, Lizzo is the new kid on the block. The 31-year old singer and rapper released her first album, Lizzobangers, in 2013 and has been steadily gaining in popularity since then. In April of this year, she released her third album, Cuz I Love You.

Lizzo was born in Detroit but moved to Houston at 10 years old; she has a degree in Classical Flute from the University of Houston. She moved to Minneapolis in her early twenties and continued her musical career there. Before heading out on her own, she performed as part of a duo, Lizzo & the Larva In, and as part of an all-female rap/R&B trio called The Chalice.

Her style is funky and fluid and her message is a strong one: she’s an advocate for body positivity and diversity.

In the past few years, she’s had a song appear on the TV show “Broad City,” has been a guest judge on “RuPaul’s Drag Race,” and has toured with Haim and Florence and the Machine. This year, she has performed at the BET Awards, the Glastonbury Festival in England and at Coachella.

No matter what type of music you’re heading downtown to see, make sure you plan your travel strategy in advance – including where to park.

Whether you’re heading to Ram’s Head Live or MECU Pavilion, Harbor Park Garage is a convenient spot to start and end your evening. Located at 55 Market Place in downtown Baltimore, the garage is just a quick walk to either venue and is close to many bars and restaurants ideal for pre- or post-show drinks or food.

Plus, Harbor Park is MECU’s official parking partner, so when you see a show at MECU, you can receive a discount on parking at the garage.

Harbor Park is easily accessible from I-83 and other routes in and out of the city. It is also safe, well-lit and staffed 24/7 with a friendly and knowledgeable crew who are happy to answer questions and help send you on your way anywhere in the downtown area.