A report released last month shows the overall health of the Chesapeake Bay is better than it has been in decades! 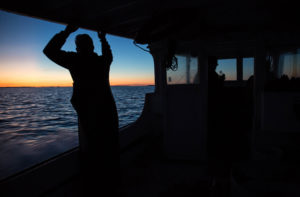 The Chesapeake Bay, the nation’s largest estuary, is evaluated every two years by the Chesapeake Bay Foundation’s State of the Bay report. Scientists compile data for 13 indicators in three major categories: pollution, habitat and fisheries. In this year’s report, 9 of the 13 indicators showed improvement from the last report and each of the three categories improved overall!
The continued improvement of the Bay is great news for the species that call it home. The new report showed that the blue crab population has increased significantly. Since 2014, the total number of crabs has grown from 297 million to 553 million! 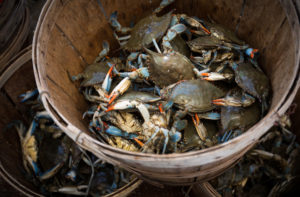 Additionally, rockfish and oyster populations are showing signs of growth. In 2015, oyster harvests exceeded one million bushels for the first time in 30 years. 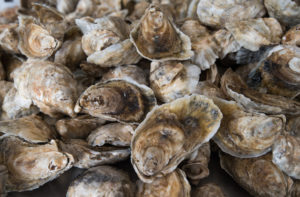 Despite the progress made in the last two years, erosion still presents a challenge for maintaining these population and water quality advances. Forested buffers—or strips of trees—are needed around the water’s edge to protect from soil erosion and stop pollutants from entering the water. Preserving these forested buffers is pivotal to the continued improvement of the Bay.

Click here to read more about the State of the Bay report!