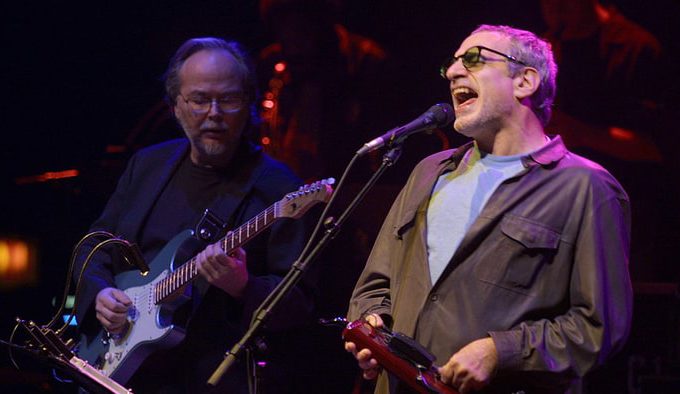 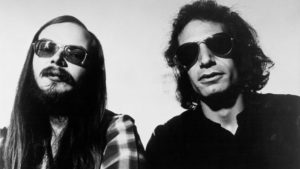 The concert is part of a tour that kicked off earlier this month in Tulsa, Oklahoma, and one of the first shows since founding member and guitarist Walter Becker passed away in early September.

Founded in 1972 by Bard College students Walter Becker and Donald Fagen, Steely Dan has long been an important part of the American music scene, with recognizable hits like “Reelin’ in the Years” and “Hey Nineteen” still getting significant radio play. 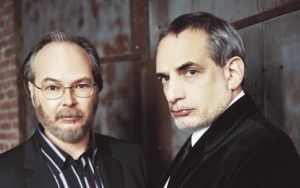 Becker and Fagen originally met in 1967. Before founding Steely Dan, the pair played in groups around Bard and in New York City. They weren’t immediately successful: though they toured as part of the band for Jay and the Americans in the late ‘60s, mid-tour, their salaries were cut in half and while living in New York, they didn’t have much luck selling their songs.

However, in the early 1970s, producer Gary Katz hired the pair as staff songwriters for ABC Records; he then suggested they form their own band, which they did in 1972. Katz produced all their albums in the ‘70s; during that time, many of the bands biggest hits hit the airwaves.

Becker and Fagen recorded and toured fairly consistently during the’70s, but the band broke up between 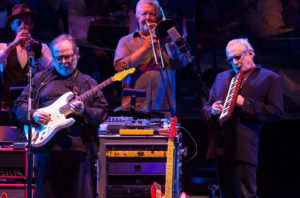 1981 and 1993, when Fagen pursued a solo career and Becker became and avocado farmer on Maui (though he also remained involved in the music business, with producer credits during that time).

The pair did collaborate occasionally during the band’s hiatus, including a period of time during the mid- to late-‘80s when they did some songwriting. Eventually, in 1993, they got back together in a more permanent manner, when Becker produced Fagen’s album Kamadiriad and the pair toured to support it.

In 2000, Steely Dan released Two Against Nature, the band’s first studio album since 1980; it won four Grammy awards. In 2001, they were inducted into the Rock and Roll Hall of Fame.

In the years since, the band has toured frequently and played numerous music festivals. In April 2017, they played a 12-concert residency in Las Vegas and southern California. 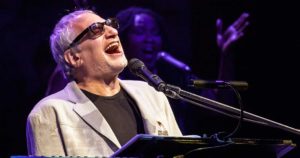 During the summer of 2017, Steely Dan performed without Becker; it was reported that he was suffering from an undisclosed illness. On September 3, 2017, Becker passed away.

A week later, Fagen announced that Steely Dan would perform a short American tour; the Baltimore show is part of that.

What to Expect at the Show

If earlier concerts on the tour are any indication, Steely Dan fans can expect to hear plenty of hits, plus a surprise deep cut or two, during the Baltimore show. The band has not officially replaced the late Walter Becker, instead relying on Jon Herington as the only guitarist in the 12-piece band.

The first show of this tour included one dark horse cut: a track from Walter Becker’s 1994 solo album 11 Tracks of Whack. The song, “Book of Liars,” 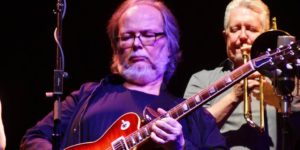 was sung by Fagen, as a photo montage of Becker was shown on a screen.

Before heading downtown for the Steely Dan concert, or for any show at Pier Six, you’ll want to plan ahead. What will you do before and after the show? How will you get there?

Pier Six is close to tons of restaurants and bars, including the ones in Power Plant LIVE, so you have many different options for drinks and meals before and after the concert.

Pier Six and all the surrounding entertainment options are easily accessible from Harbor Park Garage, located at 55 Market Place in downtown Baltimore.

Harbor Park is an ideal spot to park to make the most of your evening. It’s easy to get in and out of and is just a quick walk to Pier Six Pavilion and nearby restaurants and bars, Plus, the garage is reasonably priced and staffed with friendly and knowledgeable workers who will be happy to point you in the right direction.