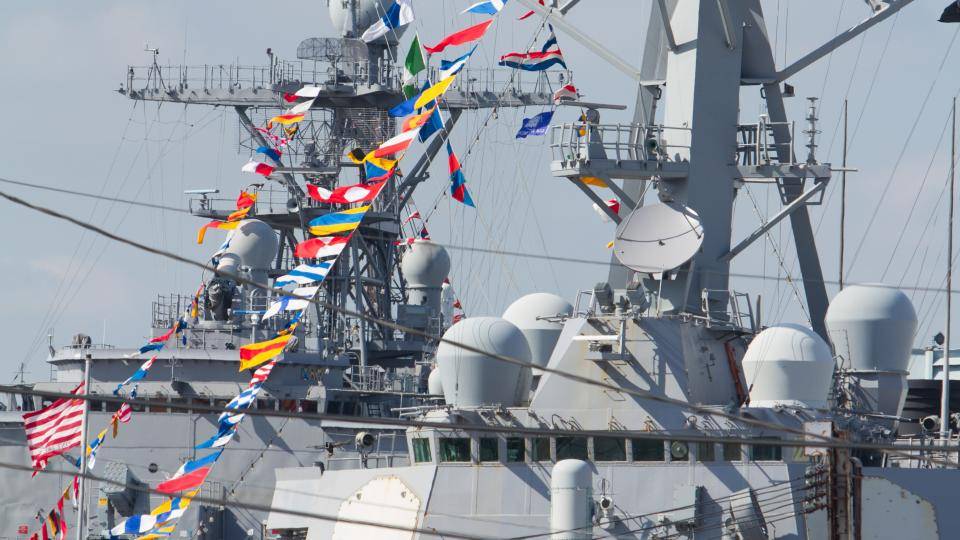 As election day nears and the news cycle continues to fill with dramatic stories, from suspicious Trump Foundation activity and Trump PTSD comments to Clinton WikiLeaks questions, it seems that even pop culture can’t save us from dreadful scenarios (case in point: Kim K. held at gunpoint).

Fortunately, Baltimore has our backs with plenty of upcoming real life activities that will be entertaining and – maybe most importantly – distracting. Like Fleet Week!

Starting Monday, October 10, Fleet Week comes to Baltimore and, with it, a reminder that Baltimore has a long and proud history as a port city. During the week, a dozen U.S. and Canadian Navy ships will dock in the city’s harbor, opening their cabin doors to the public. Board the boats for free tours, educational activities, crew sporting competitions and more.

The U.S. Navy’s contribution to the event includes a cruiser, a destroyer, two transport ships and the new stealth ship USS Zumwalt, which will be formally commissioned on October 15. The Zumwalt has an unusual angular shape that makes it difficult to detect.

The boats begin arriving on Wednesday, October 12. At 4 p.m. on that day, join the U.S. Navy Ceremonial Band for an official welcome ceremony and starting at 5 p.m., check out the Great Chesapeake Bay Schooners’ Parade of Sail in the Inner Harbor.

Thursday, hop on board ships to explore and enjoy general entertainment at the Fleet Week Festival presented by AT&T. Both remain open through the weekend.

Friday is Crew Sports Day, when teams from different boats compete in a variety of sports, from soccer to cornhole. That evening, head to Power Plant LIVE! for “Meet the Fleet & Selfie with a Sailor!” Fleet Week will bring over 3,000 members of the Navy, Marines and Coast Guard to the city – that’s a lot of selfies. 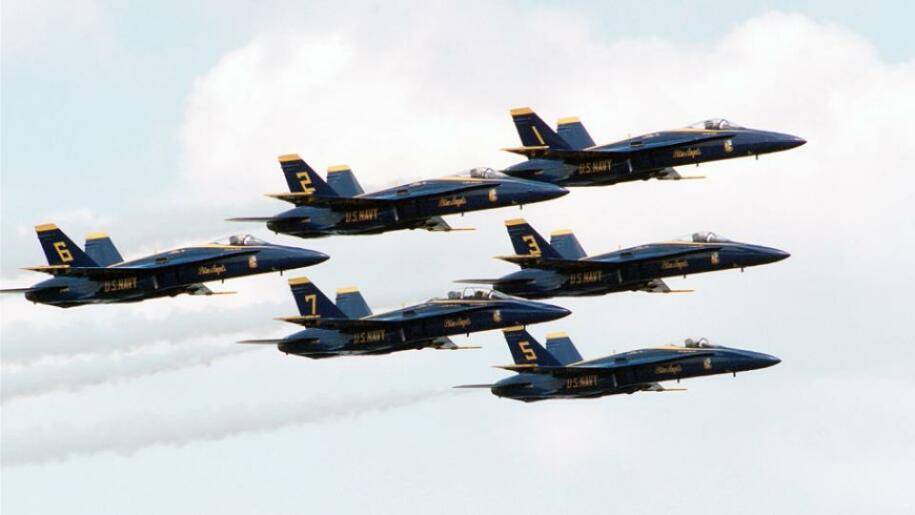 The culmination of Fleet Week, over October 15 and 16, is the Air Show in Downtown Baltimore. The show will include demonstrations by the U.S. Navy, U.S. Air Force, U.S. Coast Guard, Royal Canadian Air Force, Geico Skytypers and Scott Frances Airshows, with a grand finale from the Blue Angels.

Each day, from about 1 p.m. to 4 p.m., the planes will soar over the city, showing off their moves.

The best place to view the Air Show is from Fort McHenry and the best strategy for getting there is by water taxi. Baltimore parking may be a little crazy during these days, so your best bet will be to park at Harbor Park Garage, which is conveniently located near where several ships will be docked in the Inner Harbor, as well as the water taxi.

Hop on the taxi over to Fort McHenry for the show, and to see more ships, then take the taxi back across the water after the show is over, avoiding the mess of south Baltimore parking during the busy weekend hours.

Harbor Park Garage, located at 55 Market Place, is staffed by a friendly crew who will be happy to point you in the right direction and answer your questions and its convenient location and reasonable price make it a great choice for Fleet Week, Air Show weekend and beyond.