Have an electric vehicle? Thinking about buying one? There are plenty of reasons to drive electric, from environmental to financial considerations.

One up side of driving an electric vehicle is the ability to charge your car while it’s parked. In Baltimore, Harbor Park Garage has partnered with the ChargePoint network; the garage now has stations that allow up to four electric vehicles (EVs) to charge at one time.

ChargePoint is an organization that designs and builds EV charging stations that customers can use finding an easy mobile app. The app allows customers to track fuel and greenhouse gas savings, find charging spots and coordinate the charge at one of the charging stations.

In early February 2017, the company had over 32,000 charging stations throughout the world; it’s the world’s largest EV network.

According to the U.S. Department of Energy, the benefits of EVs include improving fuel economy, lowering fuel costs, reducing emissions and increasing energy security.

In 2014, about 27% of the petroleum consumed in the U.S. was imported; reducing reliance on foreign petroleum, much of which comes from “politically volatile” countries, improves security, the agency says.

In terms of emissions benefits, hybrid and plug-in EVs deliver significant advantages over conventional vehicles, which translates into less negative impact on the environment.

That reduction translates into better health not just for the planet, but also for individuals. A 2016 report from the U.S. Global Change Research Program asserted that rising greenhouse gas emissions result in, “increases in temperature, changes in precipitation, increases in the frequency and intensity of some extreme weather events, and rising sea levels.”

These impacts affect food and water sources and the air we breathe.

The same organization suggests that improving emissions may have a positive impact on the health of the population, too. Improving the environment can lead to the minimization of conditions like asthma and other respiratory ailments, cancer, cardiovascular disease, mental health and some neurological conditions.

Indeed, a recent study points out the surprising link between air pollution and Alzheimer’s disease and dementia.

With an uptick in people purchasing electric vehicles, parking lots are the green gas stations of the future. Electric vehicle purchases are on the rise. According to the EV Data Center, 773,600 plug-in vehicles were sold in 2016, up 42% from 2015. Plug-in vehicle sales have more than tripled since 2013; the organization expects sales to continue to rise. 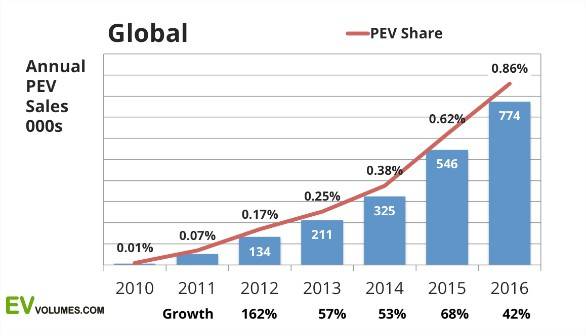 Harbor Park Garage has plans to install additional charging stations as they are needed.

In addition to being a convenient spot for electric vehicle owners to charge their cars, Harbor Park is reasonably priced and the staff is helpful, knowledgeable and always ready to point visitors in the right direction. The garage also has a relationship with Parking Panda, ParkWhiz and SP+, so you can reserve and prepay for spots before even getting in your car.